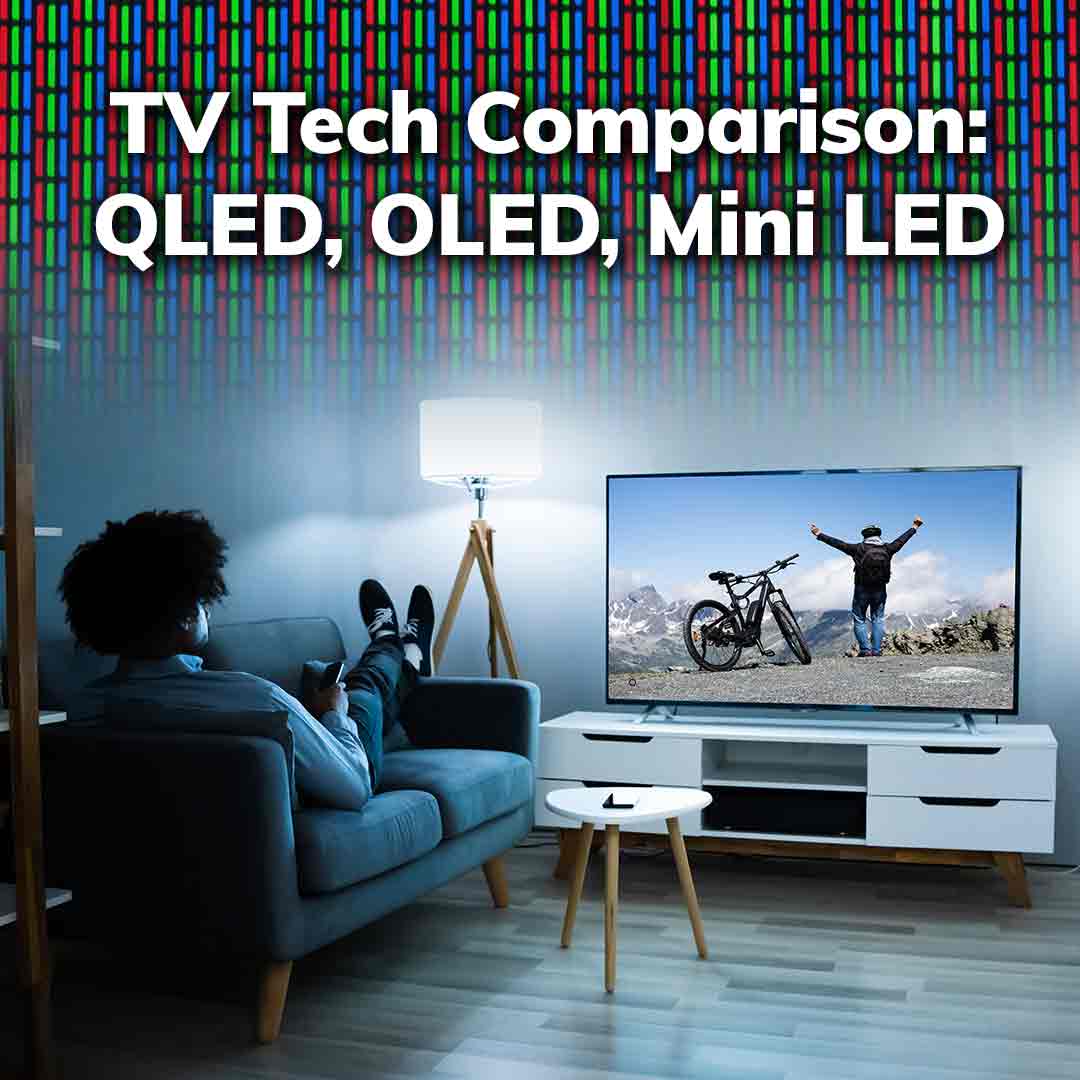 In the days before I was born (I’m not sure how far back that is, I deliberately stopped keeping track when I turned 27), a TV was a TV and you sat down and watched Hey Hey It’s Saturday and didn’t worry about how it looked, the fact that we had something to do on Saturday night that wasn’t play board games or go to bed early was magical enough. Nowadays we are thoroughly spoiled for choice and if you’re like me you will often get lost in the alphabet soup of technology. QLED, OLED, Mini-LED what does it all mean? Keep reading and I’ll teach ya.

Hold up – I don’t even know what LED means?

LED stands for Light-Emitting Diode, which is a technology that dates back to the ancient 1960s. LED is a tiny digital light bulb that uses semiconductors to produce light rather than the processes used in the incandescent or fluorescent bulb.

When referring to TVs LED refers to the TV’s illumination. Your TV typically has two panels, a front translucent LCD panel where the TV image shows and a rear panel with LED lights. Just as a lamp illuminated old-fashioned slides in a photo projector, the LED lights illuminate the image onto the panel in front of it. Essentially more LEDs mean more precise scene lighting, higher contrast and a better looking image overall.

OLED stands for Organic Light-Emitting Diode. Instead of semiconductor, and OLED uses organic electroluminescent material that produces light when electrified. A normal LED or mini-LED is essentially a dimmable light bulb, and OLED is like a smarter, coloured dimmable bulb capable of producing any colour at any brightness level or no brightness at all. As a result a 4K OLED TV consists of a single panel with 8 million OLEDs, with no backlighting needed. Since each OLED pixel can produce its own adjustable light, OLED TVs produce a wider range of colours, more precise contrast and the deepest black. This sounds great, and it is since OLEDs top the market in picture quality.

The Q in QLED stands for Quantum Dot, which is a tiny semiconductor nanocrystal smaller than 10 nanometers. To give you an idea on how tiny that is, a human hair measures around 80,000 – 100,000 nanometers. Each of these tiny quantum dots is capable of emitting either red, green or blue, from which billions of colours can be created. QLED TVs include a panel of quantum dots that sits between the LCD panel and the LED lighting. This heightens the TV display’s overall colour accuracy and brightness, creates deeper blacks and enhances HDR contrast.

In plain language: QLED TVs are standard LCD TVs with better colour brightness and contrast, making them good for rooms that are brightly lit.

Mini-LEDs are simply LEDs that are much smaller than the standard size so many more of them can fit in the LED panel of the TV. Groups of LEDs in the TV form what’s calling “dimming zones” whose brightness is adjusted to correspond to the needs of the scenes being displayed on the screen. Smaller LEDs means more LEDs which means more dimming zones, which equals more precise scene lighting, eliminating light bleed into areas of an image otherwise requiring little to no illumination, higher contrast and a better overall image. Mini LED, though still relatively new technology, will be seen in most mainstream brands coming to market this year under various names. Most important to note is that Mini LED is likely to only be available in Step-Up Panels such NanoCell and Quantum Dot Technology, not entry level UHD Panels considering this technology is predominantly designed to compete with OLED.

So that was a quick primer on some of the different TV technologies for more info on which one would be right for you please come see our experts in store at Bi-Rite.

All major brands come with a manufacturers warranty and can be optionally extended with a backup plan.

Locate a Store near you! 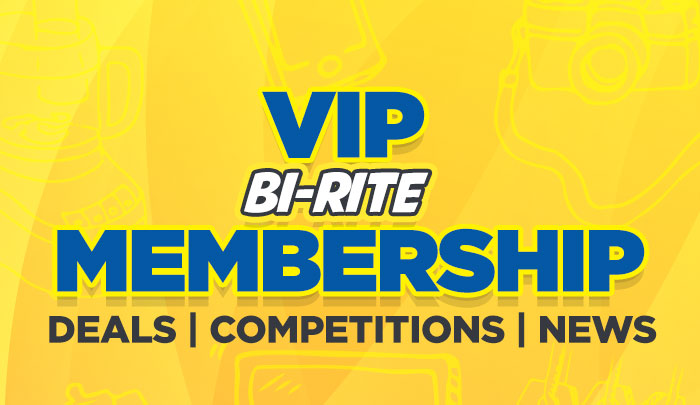